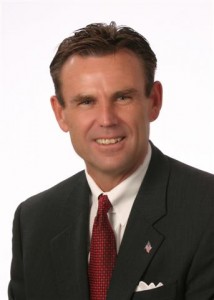 Brian D. Lytle was born in North Carolina, moved to Virginia with his family at an early age, and grew up in Hampton, Virginia.  Brian attended Hampton High School until his senior year when he left school and enlisted in the United States Marine Corps where during his four year enlistment, Brian served with distinction as an air traffic controller, obtained his private pilot’s license, and returned to school to finish his education, achieving both an associate’s degree and a bachelor’s degree before the end of his enlistment.

In 1979, Brian graduated with honors from Azusa Pacific College with an Associate’s Degree, in 1981 from Southern Illinois University with a Bachelor of Science, with University High Honors, and then in 1984 he obtained his Juris Doctor degree from the T.C. Williams School of Law, University of Richmond, Virginia.

Brian is a practicing Virginia lawyer with 28 years experience. He is the owner of Lytle Law, P.C., a general practice law firm, and Lytle Title & Escrow, LLC, a Virginia licensed settlement agent. Brian’s law practice emphasizes real estate closings, real estate related litigation, and the representation of real estate brokers, agents and firms (Brian also owns an interest in a local real estate brokerage firm), including Code of Ethics, procuring cause, malpractice, VREB and Fair Housing disciplinary actions, and commission collection cases in local courts. He is admitted to practice before all Virginia state courts, including the Virginia Supreme Court, before the United States District Court, the U.S. Bankruptcy Court, and the United States Court of Appeals for the 4th Circuit.

Brian is a noted speaker on real estate matters. He is a VREB licensed instructor (license no. 0230 000596), regularly speaks before local Realtor® associations (VPAR, WAAR, HRRA, etc.) and brokerage firms, has twice presented at the VAR annual convention, has twice presented (once as a featured speaker) before the National Association of Realtors® at its annual mid-year (Washington DC 2007) and national conventions (New Orleans 2006), has been a featured speaker on Real Law Central Radio (Real Estate Law 101: Fiduciary Duty and Dual Agency), a nationally syndicated educational program for agents, and has written over forty Legal Corner articles for the Virginia Peninsula Association of Realtors® periodical Realtor Update, where he has twice been named Affiliate of the Year, most recently for 2011.

One Response to Brian D. Lytle