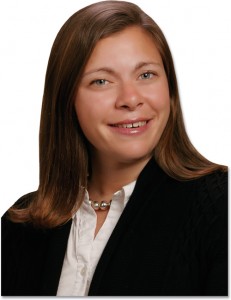 Sally Kerner moved to Williamsburg in 1988, as a result of her parents, Colonel (Retired) and Mrs. Edward Yaugo, choosing to retire in Williamsburg.

Sally attended Berkeley Elementary and Middle School from fifth through seventh grades.  Sally then attended and graduated from Walsingham Academy.

Sally received a Bachelors Degree in Accounting from Randolph-Macon College, in Ashland, Virginia.  Upon graduating from college, Sally moved to Northern Virginia, where she worked as Escrow Accounts Specialist at McEnearney and Associates, Senior Accuntant at America Online (later becoming AOL Time Warner), and Supervisor of Accounts Receivable and Cash at Nextel (later merging with Sprint).

Sally and her husband, Christopher (also a Walsingham Academy graduate) returned to Williamsburg in 2006, after the birth of their first daughter.  Sally is now the proud mother of two beautiful girls.

Sally is excited to share her love and knowledge of Williamsburg and the surrounding areas with those who wish to buy and sell real estate here.